How did you first become involved with working on Peaky Blinders?

My Peaky Blinders journey started back in 2012 when I was invited for an interview to meet director Otto Bathurst and producer Katie Swinden. As you can imagine, I was a bit nervous during the interview, as I knew this could be my big break into the world of television. Otto and Katie told me about their new exciting project Peaky Blinders, set in the Birmingham of 1919 and starring Cillian Murphy. I instantly got down to it!

They were both looking for a new photographer, someone who wasn’t established in the TV industry, as their idea was to seek a new approach to unit stills photography – a fresh look! Until that moment, I had only worked on low budget indie movies and short film projects, so, being a rookie, I certainly qualified in that respect. After the interview, I wasn’t sure if I had done well enough to be honest, so I decided to e-mail Otto and Katie my black and white photos taken in the streets of Oxford. Otto later told me that those photos persuaded him to give me a chance. And this is how my Peaky Blinders journey begun! I am forever grateful to Otto, Katie, Caryn Mandabach Productions and Tiger Aspect for a career changing opportunity! Thank you very much, I hope you made the right decision in believing in me!

What is your favourite memory on the set of Peaky Blinders?

Every season of Peaky Blinders brings new favourite moments and new friendships, but my all-time favourite moment must be my first day on set, at the Black Country Living Museum in Dudley, near Birmingham, where I was introduced to the cast and the crew. That was the moment where my dream of working on a high-end production became a reality and I knew the pressure was on to do a good job. 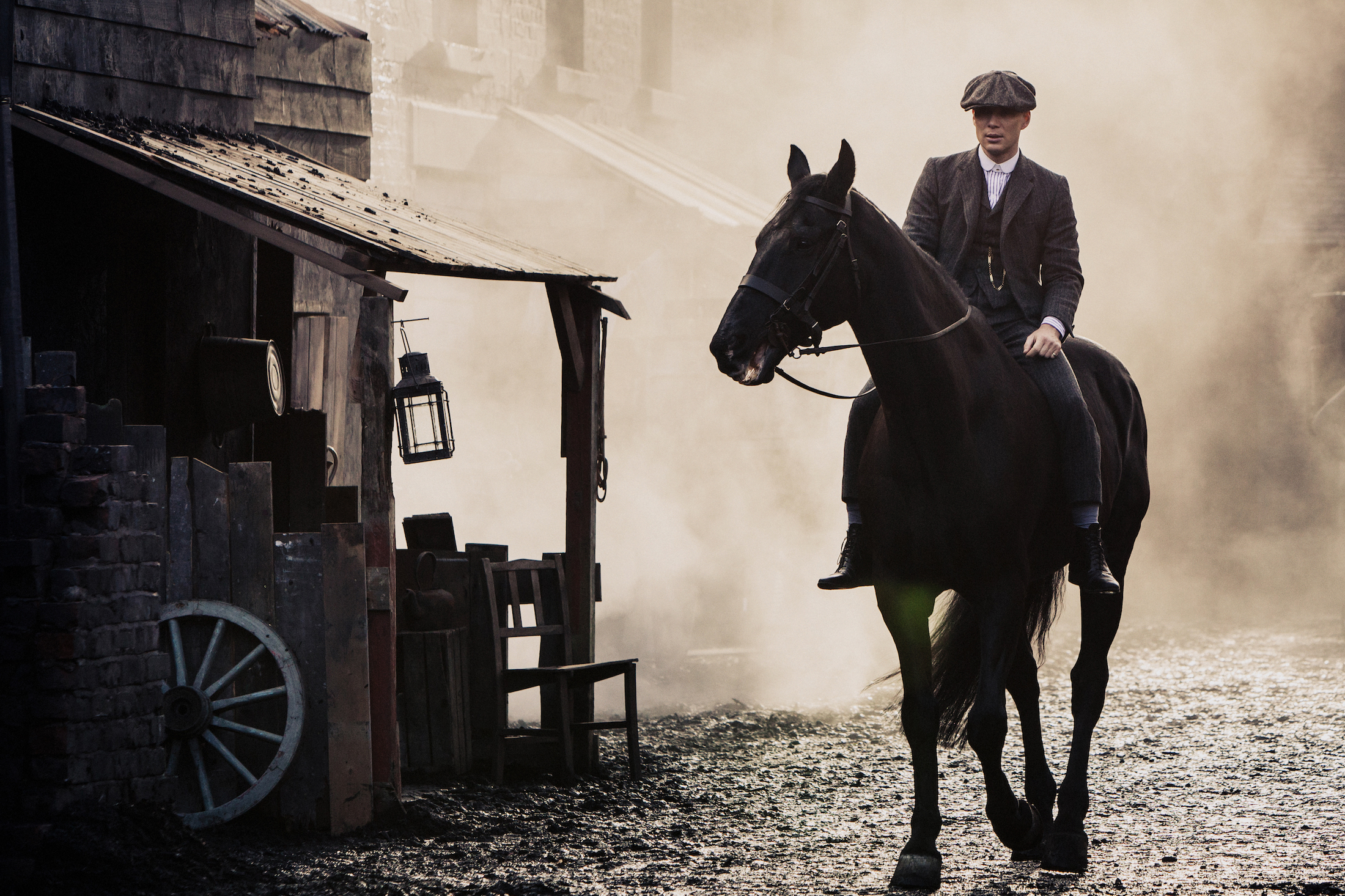 The first episode of Peaky Blinders

What was it like the first time you watched an episode?

When I watched the first episode, I still had to pinch myself that I was actually part of this wonderful production. To witness and document the movie making process, to see all the hard work done by all the departments coming to life on screen, is an experience that is unforgettable.

Directors Otto Bathurst (episodes 1, 2 and 3), Tom Harper (episodes 4, 5, 6) together with the cinematographer George Steel, producers Katie Swinden, Greg Brenman, Caryn Mandabach and the other Executive Producers and Peaky Blinders creator Steve Knight, created a unique piece of television that is fresh, colourful, and full of great characters. To me, it was more a cinema-like experience than TV! The wonderful cast of Peaky Blinders, led by Cillian Murphy as Tommy Shelby, added another level to this astounding project. I feel very privileged and lucky to be part of the Peaky Blinders family.

Is there a shot you’re most proud of?

I have many favourite shots from each season, but I would like to talk about three individual images from Season 1 that introduced the world of Peaky Blinders. I remember like it was yesterday. I was asked to do a character portrait of Cillian as Tommy Shelby for the first look release. We found a nice background on set for the portrait, with producer Katie being my stand-in model to get the photo right. With the help of gaffers Wayne King and Wick Finch we set up the lighting. This was the first portrait I took of Cillian in the first week of filming, and I must admit my hands were shaky, I could not hold the camera straight. I was panicking in my head that I am going to mess it up. Imagine, that would be game over for me. Cillian knew I wasn’t very experienced then, and he gave me all the time I needed. Thank you, my friend!

This photograph (below) was also taken in the first week of filming on Season 1. It’s a very special picture to me as it was the first time the three brothers were photographed together, a theme that runs across the series. In fact, we had shot several options of this set up for the first look release, carefully art directed by our director Otto! 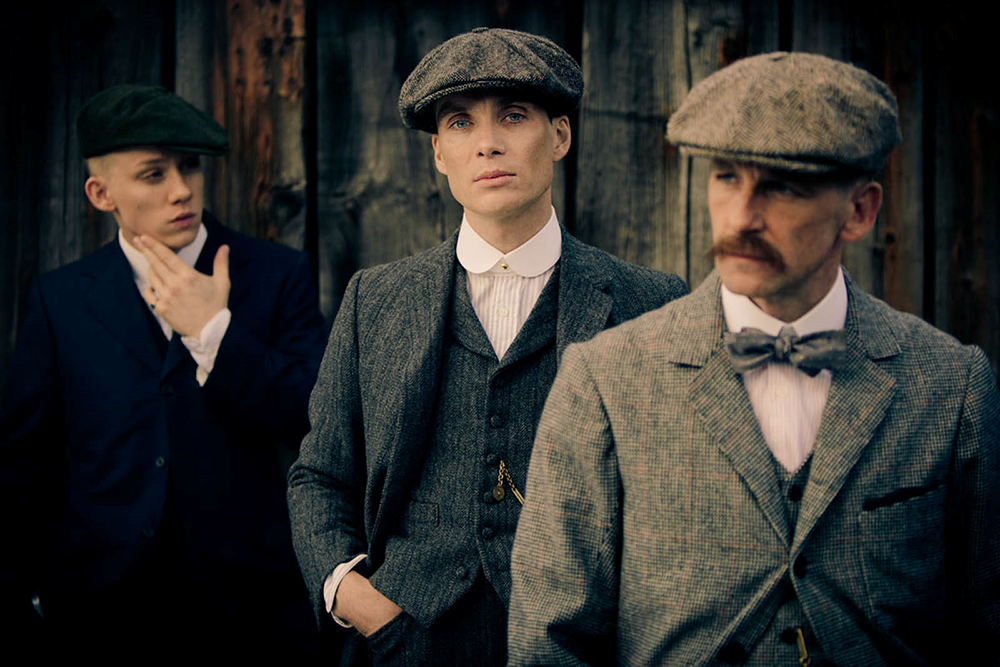 Lastly, I would like to mention this photograph (below), that become the leading image for Season 1.

The concept of not showing Cillian’s full face, rather focusing on the blade in the peaky cap was born out of collaboration between Otto, Katie, George and Cillian. My assistant and I set up a couple of lights on a seamless background in a small office space in Studio 81 in Leeds, to create this image. I remember Cillian had to sit down on the chair so I could achieve a better angle to take the photograph. 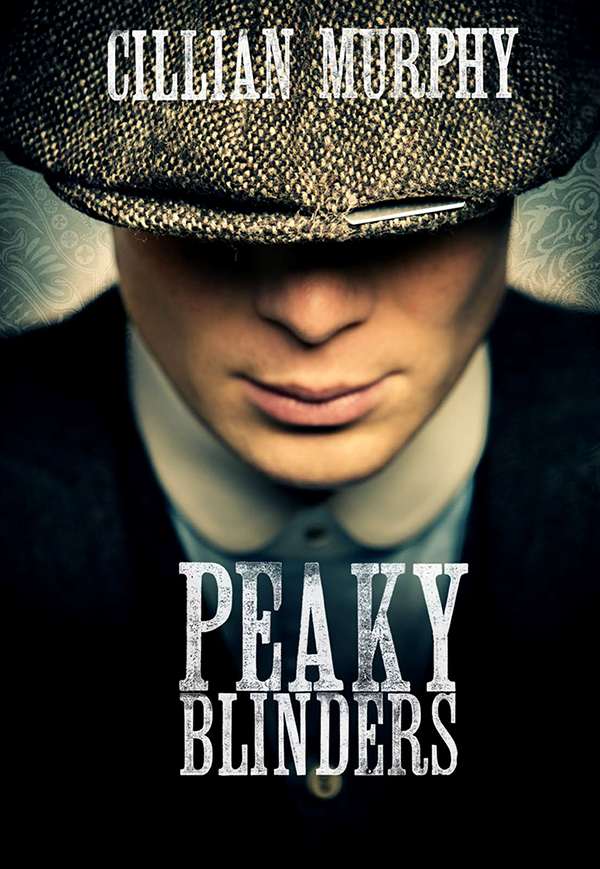 An early shot of Cillian Murphy taken by Robert Viglasky

What has been the most challenging moment so far?

The most challenging moment, especially in Season 1, was not to end up in the camera shots, especially when they were rolling two cameras or more. I always tried to find new angles to photograph the scene, especially in the wide shots set-ups. As it happened, due to my lack of experience, I did indeed end up being filmed on several occasions.  It became the on-set joke, ‘watch out for Robert’. One of the rules on set, especially for photographers is to wear darker clothes so you are not too visible on set, working quietly, and not interrupt anyone. Only I ended up with a red waterproof jacket, so I was easy to spot.

Has your approach changed at all throughout the seasons?

Indeed, it has. For a start, I am not longer wearing red jackets on sets! Each season introduces new elements, new characters, its own unique visual language. My aim is to convey this visual language and story line for each season in the photographs that are used for publicity to promote the series. I closely collaborate throughout the series with publicity agencies: Organic Publicity for Seasons 1 and 2 and Milk Publicity for Seasons 3, 4, and 5. Jamie Glazebrook of Caryn Mandabach Productions is also involved together with the BBC. We all discuss ideas for each series, especially key art photography. Personally, I am always looking for new ways to grade the images to give them specific look for each season and yet to keep the quintessential Peaky Blinders feel.

What’s it like seeing the Peaky Blinders online community engage with your work?

It is amazing, really! I am very humbled and grateful that many Peaky Blinders fans are following my Instagram account, thank you so much everyone! I am looking into ways how to engage more with you, perhaps through live video chats on Instagram?

Do you give much direction to the actors when you photograph them?

One of my favourite parts of on-set photography is portraiture. I see it more as a collaboration between the actors and me. I had so many chats with Cillian, Helen, Sophie and others like ‘what shall we do that is a bit different from the last season?’ I can hear Cillian saying, ‘but we’ve done it last season Robert’, ‘trust me Cill’, I say. We always come up with something bit different. Of course, each season has its own new unique look in terms of hair and make-up created by the very talented friend of mine, Loz Schiavo. There are new costumes, new set designs. Only the fake cigarettes are always the same!

How would you describe your experience working on Peaky Blinders Season 5?

I managed to cover just over half of the Season 5 filming due to other work commitments abroad. Knowing I had limited number of days on Season 5, every single day on set had to count: lots of unit photography, portraiture, behind the scene images. Together with publicist Richard Dobbs-Grove from Milk Publicity we worked very hard to achieve our goal of capturing as many images as possible. The highlight of Season 5 was to work alongside our very talented new director Anthony Byrne and his team, the amazing cinematographer Si Bell, producers Annie Harrison-Baxter, Chris Ballantyne, Jamie Glazebrook, and the whole of the Peaky Blinders cast and crew. This collaboration resulted in the Peaky Blinders 5 key art image, where we all took part of.

Stay Safe by Order of The Peaky Blinders! 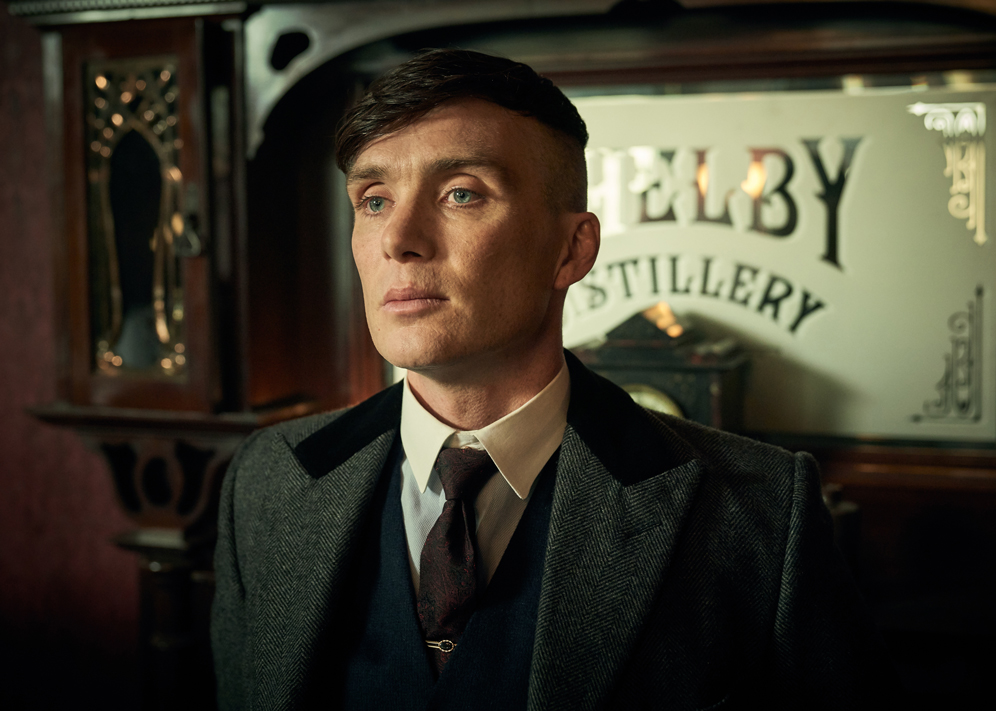 Your application could not be submitted. Please try again.
Your application has been successful.
FORM P1
APPLICATION FOR UPDATES.
COMPLETE THIS FORM TO RECEIVE UPDATES FROM PEAKYBLINDERS.TV
CLOSE